The Principal Component Analysis (PCA) is a feature engineering technique used with the given dataset before a machine learning algorithm is used or to visually explore the dataset. It emphasizes variation in the dataset and helps to identify strong patterns in a dataset more easier. This technique transforms the dataset in such a way that the first principal component has the largest possible variance. In other words the first principal component represents as much of the variability in the data as possible. The second principal component and other succeeding ones capture the highest variance possible again. But each succeeding component in turn needs to be orthogonal to the preceding principal component. The principal components thus represent the underlying structure in the data meaning the directions where is the most variance in the data. As shown in the simple two dimensional illustration below they indicate the direction where the data is most spread out. It some applications it is practically used for performing a dimensionality reduction that is quite useful for big data. 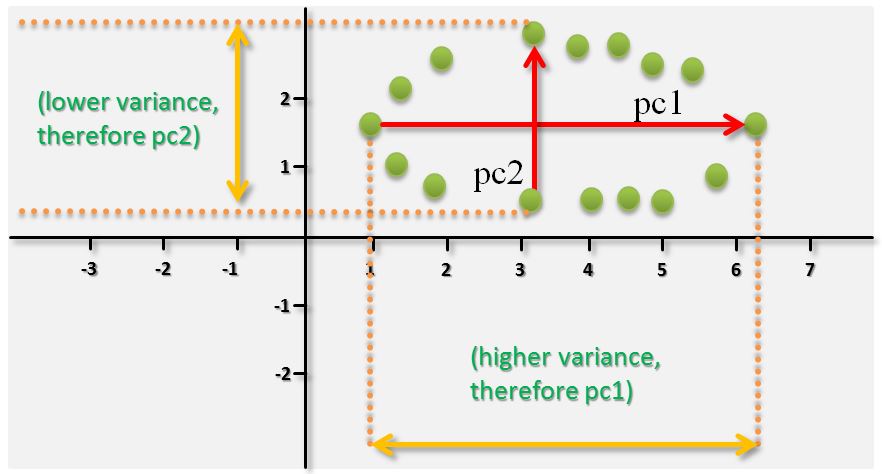 The following video provides a nice introduction to PCA: