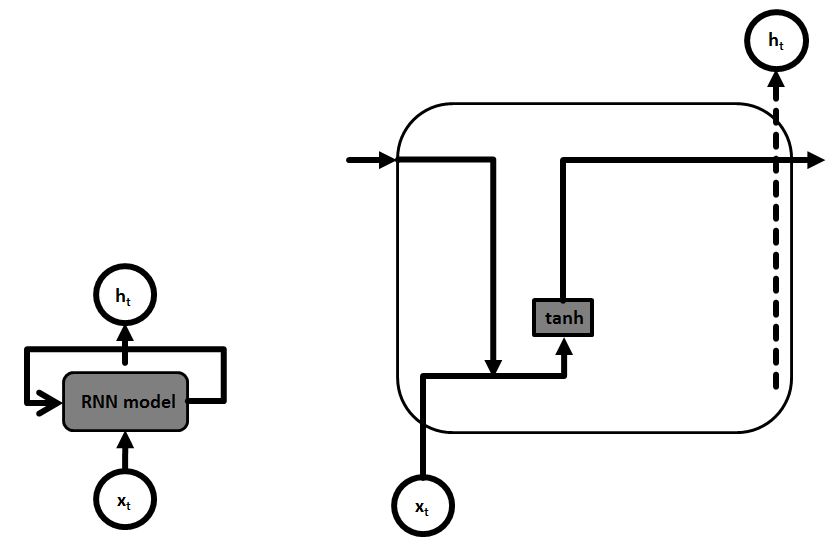 The connections between an RNN form a directed cycle instead of being strictly forward like in a feed forward neural network. But an RNN can also be viewed as multiple copies of the same network, each passing a message to a successor. This gets clear when ‘unrolling the RNN loop’ as shown in the figure below. Note that at each segment of the RNN we work on new inputs from the data sequence xt and the data passed on from the predecessor RNN segment. Overall an RNN and their segments form a chain structure that is capable of working with sequences of data and lists. 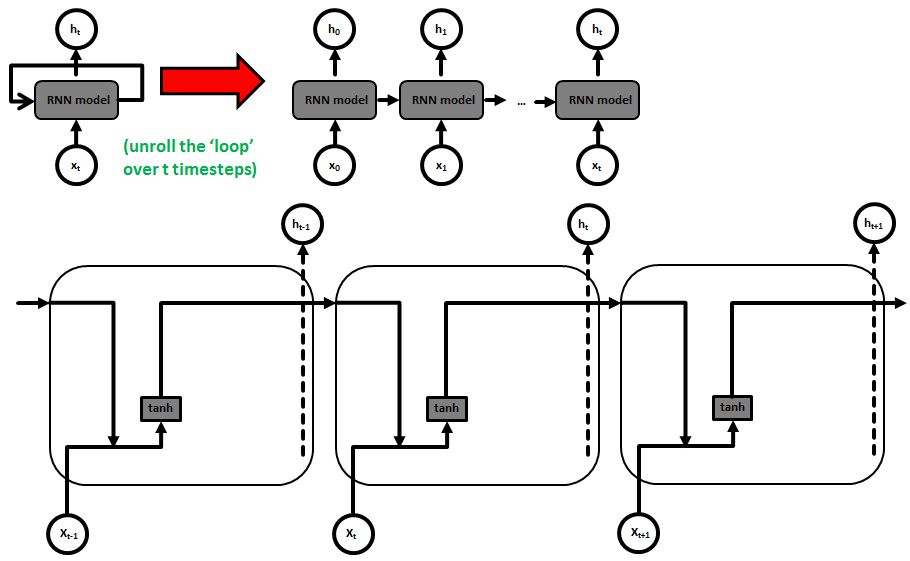 The dynamic temporal capability of the RNN technique makes it a key approach in many applications. Selected applications of RNNs include sequence labeling and sequence prediction tasks. Sucessful RNN applications include handwriting recognition, language modeling, language translation, or image captioning. There are different types of RNN architectures and one very often used type of this architecture can be found in our article on long short term memory.

We refer to the following video about this subject: